Education workers with the University and College Union (UCU) are preparing for another battle around pensions, casualization, pay, and discrimination. This is the third time workers mobilise on these issues which continue to be ignored by university management with the first time being in November 2019 and a second time in February 2020 before being called off due to the pandemic.

This battle will open with 58 universities taking strike action for three days from December 1 to December 3 and action short of strike until May 2022. The UCU will follow that up with a reballot at universities that did not meet the restrictive participation requirements which require a 50% participation rate, a requirement not placed on any other democratic institution. The reballot might be held on an aggregate basis, meaning that potentially 146 institutions can go out on strike. 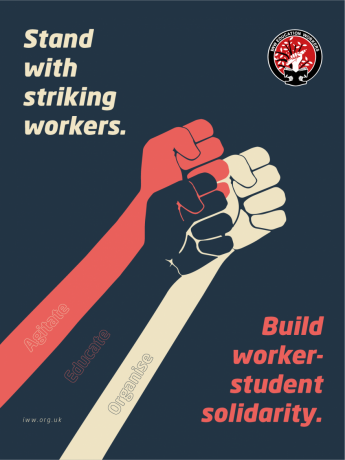 Universities have refused to reverse an over 35% cut to guaranteed pensions and staff pay has fallen by 20% in real terms over twelve years. Additionally, one third of academic workers are on insecure contracts and that number is growing. The gender pay gap sits at 15% and there is massive underrepresentation with women and Black staff representing only 27 and 1 per-cent of the workforce respectively. In addition to these financial discrepancies, workers in higher education are increasingly overworked with the average worker putting in more than two days unpaid each week. These poor work conditions Have also led to a crisis of work-related stress with over half of education workers in higher education showing probable signs of depression.

These numbers need to be understood in the context of the general trend of ‘corporatizing’ universities and education at large. Universities are being increasingly run as a business which means that any and all costs need to be supressed for the sake of the bottom line. As such, staff have salaries stop rising, recruitment decreases, workload increased, and contact hours with students are slashed. This makes it impossible for universities to meet their social and civic duties of educating the next generation and students become nothing more than the products on the assembly line of the university factory. Meanwhile, management are flush; with vice chancellors’ average pay reaching £269,000 per year.

As can be expected, universities have responded with their usual disdain for the workers who make universities run. Messages of disappointment and feigned concern for the welfare of students have been sent out. All of this, as if it wasn’t university management that forced students into accommodation into the midst of the pandemic, continue to cover up sexual violence, and invite excessive policing on campuses. None of this even touches on the fact that universities attack on working conditions translates into drops in the quality of education students receive, even though fees keep going up.

The education industry has put on some valiant fights over the past two years. We’ve seen students launch occupations and rent strikes and school workers use collective action to shut down unsafe work places. The tenacity of university workers is commendable, but the fact that universities have been able to put up such resistance should give us reason to pause and think of our strategy as workers.

The current structure of trade unions means being tied up with legal red tape. Student solidarity, while present, remains fleeting and appears only in times of open conflict. Additionally, many workplaces have several unions that do not act in concert with one another. This means that fellow workers end up crossing picket lines for lack of a choice, the economic impact of strikes is reduced if not negligible, and management can continue to play divide and conquer between workers and students.

To fix this, we need to institutionalize worker-student solidarity by building workplace councils and committees that listen, represent, and coordinate all workers regardless of the type of work they do or if they are workers to be. This is exactly what the IWW is doing, and we invite all workers, members and non-members alike, to reach out to us to learn how this can be done. We also encourage our members in higher education to work with traditional trade unions to expand the scope of their work, build bridges with other unions, and help mobilize non-unionised staff.

In terms of concrete steps to take in support of current strike action, we implore all our members to:

Should you need any support or advice on doing any of the above, feel free to reach out to education [at] iww [dot] org [dot] uk