On Saturday the 14th of October Members of the IWW Cymru branch joined in solidarity with other trade unions and leftists of all stripes to remember the Welsh people who travelled to Spain to join the International Brigades in the fight against Fascism.

“Not surprisingly, a number of Wobblies went to Spain to fight in the Spanish Civil War. Several served with the Confederación Nacional del Trabajo (CNT), while it appears the bulk served in the International Brigades. Wobblies such as Mike Raddock, Ray Steele and then-future Industrial Worker editor Pat Read acquired reputations as some of the finest soldiers in the 15th International Brigade.” (http://libcom.org/history/iww-members-who-fought-spanish-civil-war) 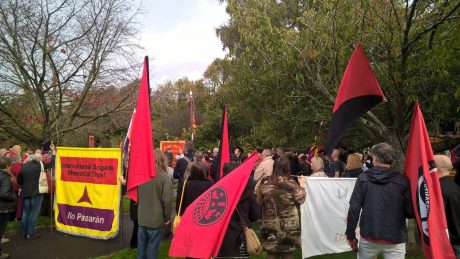 The event was organised by the International Brigades Memorial Trust during which flowers were laid at the memorial in Alexandra Gardens, Cardiff.

A number of speeches were given in commemoration by those in attendance including a heartfelt account of the death of one Welshman fighting Franco’s forces from one of his descendants.

Poems composed by Welsh members of the International Brigades were read with the Cor Cochion Caerdydd Choir providing a rousing chorus of Left-Wing songs sung in Welsh, Spanish and English! 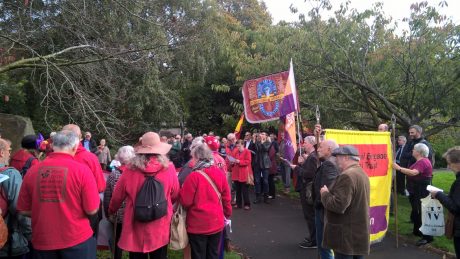 The contingent of the IWW Cymru General Members Branch were warmly welcomed on the day with a feeling of true solidarity, along with the acknowledgement that whilst the fight against Franco is now history, the fight against fascism in its many forms continues and in which we all have a part to play! 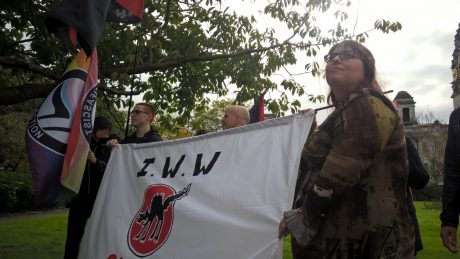 For the One Big Union!