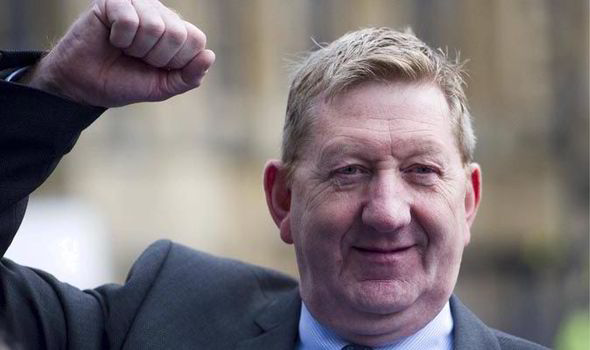 Liverpool IWW were due to hold a picket of the FACT yesterday evening, in solidarity with Ritzy cinema workers striking for the London Living Wage, who have called for a boycott of all Picturehouse cinemas. But that morning, one of us received a tip off that Unite general secretary Len McCluskey would be ignoring BECTU’s boycott call, and watching a screening of a documentary about The Ragged Trousered Philanthropists at FACT’s Picturehouse. We decided to rearrange things.

McCluskey was scheduled to be joined by Labour MP Tom Watson, and the documentary’s producer, Daniel Draper at 17:00. The event was arranged by Unite, and tickets were available through an email address associated with the union. However, Unite discovered our plans at the last minute, and tweeted a change of venue to the pier head convention centre. The tweet did not mention why the plans had been changed, and this is no doubt out of embarrassment due to the catastrophic faux pas.

Nothing could better illustrate the emptiness and corruption of the union bureaucracy. The Ragged Trousered Philanthropists is indeed a book worth celebrating, particularly in Liverpool, where its author Robert Noonan died. However, it would have been an obscenity for a man on £140,000 a year to do so, by crossing a picket line in the name of those living in poverty not too dissimilar to that described by the famous socialist novel.

The union bureaucracy is often talented at talking a good game – indeed, just four days ago, McCluskey called on the government to back the findings of the Living Wage Commission, and raise wages for the poorest employees. However, actions speak louder than words, and that’s why the IWW union – which organises without a bureaucracy – found itself on opposite sides to the Unite big wigs.

We believe that all working class people should unite in One Big Union, control their own struggles, and dump the capitalist lackeys like McCluskey off our backs once and for all.