The recent surge in brewery workers and hospitality staff coming forward about exploitation, poor health & safety, bullying and harassment in the workplace has dominated the headlines recently. Specifically former workers from BrewDog and their Punks With Purpose campaign have ignited demand for collective action and unionisation in these sectors. We support workers who have come forward and continue to build solidarity and strength with brewery and hospitality workers. However, it’s important not to forget that it was lead by women who came forward about sexism and abuse in the workplace. Below is an article by brewer, IWW member and activist, Charlotte Cook. 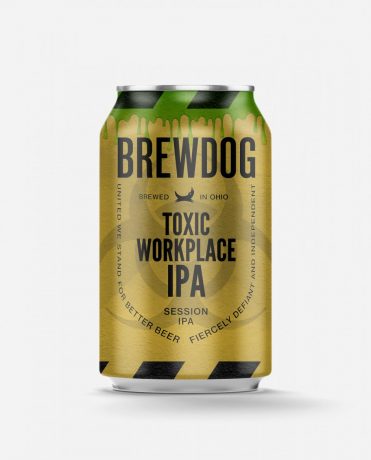 The craft brewing industry is going through a crisis, and it’s one that has been brought about by frustrated workers fed up with poor working conditions, but ultimately launched by allegation of sexism and sexual abuse. Fewer than 7.5% of staff working in production in breweries are women, and the majority of owners are white and male, and often rich. A month ago, an Instagram account in the USA (@ratmagnet) began posting anonymous accounts of sexism in the industry, which quickly cascaded into over 1000 allegations of sexism, misogyny and violence.

In the USA the response has been colossal. Recent weeks have seen CEO’s of companies stepping down, prominent brewers being removed from posts and companies giving independent investigators carte blanche to research allegations. The UK has been quite a different matter, Siobhan Buchanan (@Britishbeergirl) has been posting UK based stories, which are equally as harrowing. Instead of standing down, those with allegations levied against them are mostly either staying silent or threatening legal action. The libel laws in the UK mean that it is much easier to bring a claim in the courts here, and these wealthy men with financial and legal backing are swinging their might in an attempt to make it go away. Siobhan’s Crowdfunder got over £5,000 in 5 hours.

In response to the initial allegations, we launched the Common Grounds Conference, hosted by Burum Collective, an organisation dedicated to equality in the drinks industry. Over 140 people attended, and it is available to be watched online. The aim of the conference was to highlight the issues workers in both production and retail within craft beer face, and make them aware of resources available to them, and ultimately make them aware of the benefits unionisation can bring them. The IWW and Unite both gave extremely informative talks to attendees.

Workers in craft breweries often face unsafe working conditions, including extremes of heat, heavy lifting, chemical use, ladder use and often lone working too. Health and Safety training is often non-existent and workers will regularly be expected to stack 50l stainless steel kegs by themselves, or stack 38l casks up to 4 layers high without assistance of risk assessments. When I was trained on using a diatomaceous earth filter I was not provided with a respirator, nor made aware of the risks of silicosis from breathing in the powder. I now suffer from bronchitis for months after every cold. Long working hours, low job security and a lack of management support also contribute to making craft beer a difficult industry to work in, and this is deflected by its apparent image of edginess and coolness.

Most craft brewers don’t know that they are able to join a Union, or fear for the implications of being involved. A few days ago, an acquaintance told me they don’t join in with beer politics, and this is an attitude that I think we can change. It’s not about politics, but about improving the industry and safeguarding those working in it. I am filled with energy about the momentum we can build to involve people in this movement, I strongly believe that organisations like IWW can help drive positive change and improve the lives of craft beer workers in breweries large and small. For the first time in almost a decade I am positive and excited about the state of the industry and look forward to working with Unions to carve out a better future.

A link to Siobhan’s Crowdfunder can be found here