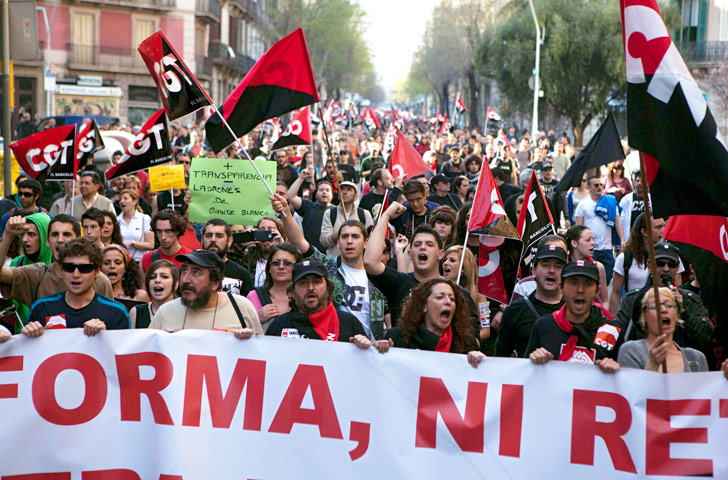 March 29th 2012 – Dear Sisters and Brothers, The Industrial Workers of the World (IWW) stand in Solidarity with you in your courageous fight back against your government and the European-wide austerity drive. Instead of transferring wealth and destroying public services, we would like to see job creation and the strengthening of social protection as a priority of all governments. We wish all strength and victory to all Workers and are glad to see them becoming more organised as well as politically conscious to enable them to take on the forces of modern capitalism, to put an end to the neo-liberal measures that are currently being implemented to satisfy the interests of a few powerful investors by their law enforcers of state, government, law courts and police. The draconian measures that are being implemented by European governments are not the answer to Working Class problems just the cause of much pain and anguish. We hope all current governments are taking note of the tide of unrest amongst the Working people and that changes are to brought about in the not to distant future. For Workers Solidarity, Andy Smith, International Solidarity Liaison Officer