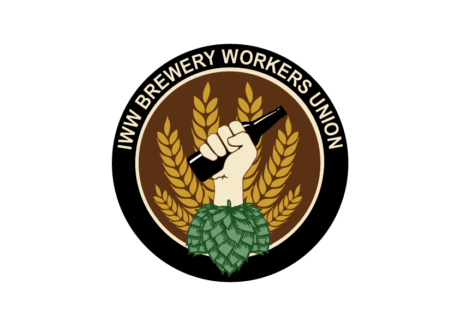 There’s been a lot of talk of revolution in the world of beer in recent years. But revolutions aren’t made by adding more hops.

The Brewery Workers Union is a group of current and ex-brewery workers which is a part of the Industrial Workers of the World (IWW) union. We are creating a network of support, workplace organisation, solidarity, training and necessary legal advice and aid. We look to empower one another with the confidence, skills and knowledge to have more conrol over our working lives and better working conditions.

Currently the campaign is based in London, but we are open to and support any brewery worker across the UK and Ireland.

WHY DO WE NEED A UNION?

As the interest in and sales of craft beer has risen significantly in the past 10 years it has also meant more workers are being exploited, suffering harassment and abuse, working in unsafe conditions, working long and unsociable hours leading to serious injuries all on insufficient pay, leading to physical & mental strain, burnout and fatigue.

We have seen the ongoing issues with BrewDog and a wealth of other breweries in the UK. Other unions are active in the Breweries sector in the US and across Europe. The time is right to form the Brewery Workers Union in line with the aims and code of the IWW. We have organised in breweries and supported brewery workers in London for many years and we are sick and tired of seeing workers being exploited. Now is the time to act!

HOW ARE WE GOING TO MAKE BREWERIES BETTER PLACES TO WORK?

We aim to build on the networks we have – of workers, reps, officers, legal teams and activists – whilst working alongside other trade unions and activist groups to support and build solidarity with brewery workers. We will be organising workplaces, providing training on your legal rights including health and safety, contracts, grievances & disciplinaries as well as organising social events, running rep training sessions and so much more.

The London IWW meets weekly at our offices in May Day Rooms for drop-ins, planning, organising and more. The Brewery Workers Union currently meets once a month.

Email us at: breweryworkers [at] iww [dot] org [dot] uk