In this thoughtful and thought-provoking article, Paul Breen lays out some potential ways forward for the ELT industry post-COVID. Most poignantly, he thinks now might be the time to start seriously considering nationalising the industry and what that could mean both for students and teachers. Paul is a university lecturer and a published ELT author. He is a big Charlton fan. Follow him on Twitter at @CharltonMen

If this were a letter being read by my childhood self, I’d be quite surprised. I grew up in the midst of the northern conflict, in a place that elected Bobby Sands as an MP. I never imagined that I would end up lecturing on English Language courses and living in England. To be truthful, I’d never planned on ending up as an English teacher even when I’d started doing it.

Like so many, it was just a means to an end, a way of travelling and seeing the world at the start. Back in 2018, I wrote about this in a Westminster University Press publication. Historically, many of us fall into this profession by accident and often in the early days we build our work around our lives, not vice versa. As such, we are more of a collection of individuals than we are part of a community. But – it is only through communal action that things are going to improve.

Right now, especially in these times of Covid, things don’t look great for English Language teaching in Ireland. But at the same time, we can only hope that after Covid, conversations start happening about how we can make the world a better place. To paraphrase the great Christy Moore, I see reels of hope coming through the flickering light. Sadly, I also see a situation that has got worse rather than better with the passing of time.

As part of my early travels in the terrain of English Language teaching, I spent a couple of years working in Dublin. The very first afternoon I got there, I remember the joy that I felt standing in O’Connell Street in the sunshine, watching the tricolour flying on the GPO, under the armpits of Jim Larkin. Though a northerner, I felt at home. This was the heart of my country, a receptacle of history, culture, poetry and romantic dreams. Except, prospect-wise nothing of this belonged to me.

Teaching English in Ireland in the early 2000s felt an awful lot like the experience of Irish navvies on England’s building sites a generation before. Note I don’t say Ireland’s building sites for those guys in the boom days of the Celtic Tiger were far better off. With English teaching, there was far less of a sense of permanence and some practices in the industry were totally demoralising, designed to keep people disempowered. Thankfully after a tough start, I ended up getting work in what I considered to be an excellent school called English in Dublin. A prime example of rights accorded to us was how once in the event of being burgled, the school paid me for a few days of being off afterwards.

There, people were treated quite decently but there was still no sense of sustainability in the profession. One conversation from that period stands out, where an older colleague was talking to the younger teachers. She told us that there was no real future in this game in terms of money or progression and that the only satisfaction was the joy of teaching. Listening to such observations of a lifetime’s teaching in Ireland hardly encouraged dreams of staying there in the profession. Added to that, it’s hard to enjoy a place like Dublin when your job is precarious and every person’s first question seems to be ‘what do you do?’

Little wonder then that so many of us end up as those people represented by a candle in the window of Áras an Uachtaráin. We join the Flight of Earls. We leave to seek prospects elsewhere. And often, the places we go to are an awful lot better to us than God’s country ever was. Probably, that’s partly psychological. Going away makes people grow up faster. More importantly, there are a greater range of opportunities. In my case, to progress, I had to get a Masters in Education and then a PhD as I moved into the more secure world of Academic English.

I was also lucky that I got a foothold in a time period slightly before Britain’s contemporary drift towards the gig economy. Right now, England seems hellbent on returning to Dickensian days. Meanwhile, whole poorhouses of Oliver Twists wrap themselves in a flag and vote for more rationing. Outsiders are increasingly distrusted. Workers’ rights are being taken away. People turn a blind eye to the deaths of 1000 strangers a day. But having grown up in those ‘troubles’, none of these things surprise me.

It is shocking though to look across the water at a situation just as bad in some quarters. The gig economy shouldn’t be a defining feature of any city that sees fit to raise up statues to James Larkin. Any land that aspires to pursue the happiness and prosperity of the whole nation shouldn’t have pockets of practice like that of many English Language schools. The Yeats’ poem of September 1913 springs to mind. This is not just painting the post-boxes green as James Connolly talked about. This is giving them a gloss so that when you look at them, you might as well be looking into a mirror of neoliberal Britain.

But it’s easy to talk about all the problems. Solutions are needed because unless they come, there’s going to be a lot more candles in the window. People are going to leave the profession and the country. That’s already happening and thankfully England still offers opportunity. But with Brexit and Covid, you don’t know that this is always going to be the case. Furthermore, isn’t Irish ELT missing a trick at the moment?

If Britain doesn’t want to be a home to the tens of thousands of language learners out there, Ireland should step in. The Irish government should have been doing everything in its power to support this sector. In fact, nationalisation of language teaching would be a really good idea. I know this is something that the TEFL Union has pushed and needs to be encouraged. Added to that, the concept of allying is absolutely critical. Mark Ashton was a fine example of that in the 1980s. This Irish-born gay rights’ activist showed solidarity with England’s striking miners.

TEFL professionals in Ireland need to find and express solidarity with other victims of the gig economy and unregulated sectors. Through doing that, you can assert your rights to be treated with the dignity and respect that a profession such as teaching deserves. But there are other things that also need to be addressed and certification is one of them. This has to be turned into a job that not just anyone can do which we already know, but the wider world needs to see that too.

Right now, entry qualifications are not fit for purpose because courses like the CELTA are designed on the basis of conveying teachers into the private language school industry. Although a really good introduction in some ways, these courses feed the myth of English teaching not being a proper profession. There are also a whole set of questions around the ethics of a business model shaping pedagogic approaches used in ELT.

Too much of the present training approach is shaped around the industry’s need to find babysitters for an environment of bums on seats. Imagine if someone had been given a certificate in 4 weeks to become an architect. You wouldn’t even let such a person build an outside toilet.

Of course, those who stay in the profession almost unanimously develop way beyond this. Yet, they are still viewed by the standards of entrance to their field. Even in situations of gaining years of experience and further certification, it is as if we must always compensate for those early years.

There has to be proper certification distanced from the needs of the present-day language school industry. Language teaching should be part of a national project not a pursuit of wealth by individuals. That said, there are some really good independent language schools in Ireland shaped by people’s passion for the profession and not profit. These can be found the length and breadth of the country, from Donegal down to Kerry. I don’t know though if there is a network holding all these together and who knows what’s going to be left in the aftermath of Covid.

Something on a national scale needs to be done to harness the energy that is out there and rebuild from the grassroots up. Right now there doesn’t seem to be any vision or appetite for schemes so grand. But it might be time to talk to opposition parties if the government won’t listen. Present a vision of what nationalised ELT might look like, get it into manifestoes and make the dream real. Above all though, this has to be approached as a community because as individuals people are easier to control, dismiss and disregard. No matter where we are now, everyone with ELT origins has skin in this game.

To end on a positive note, I can detect a sea change in people’s passion to address this in recent times. Hopefully that will continue to grow and something good can be sparked by the extreme eventuality of Covid.  Unionise, professionalise and communalise. That’s the way to a better future that the career of English Language Teaching deserves.

Paul Breen is the author of Developing Educators for the Digital Age,  published by University of Westminster Press – 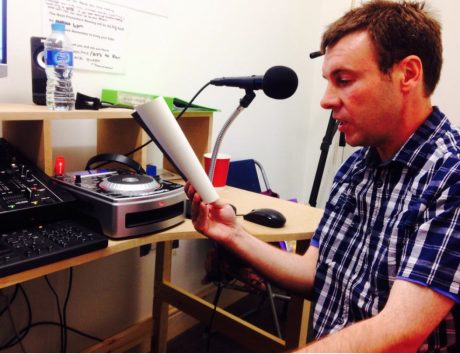