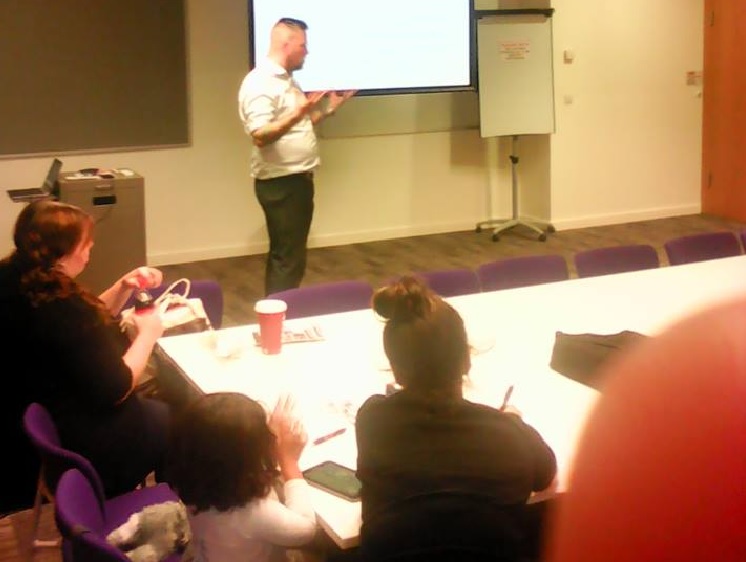 About twenty people met in Liverpool Central Library’s meeting room 2 last night, as part of IWW national secretary Dave Pike’s speaking tour of England, Scotland and Wales. Dave’s presentation – called ‘Your Class Needs You’ – attracted a mixture of members, prospective new wobblies (or ‘probblies’ in IWW lingo) and people who were just curious what the IWW they knew from tales of Joe Hill were up to nearly a century after his murder.

It was a lot less eventful than the last time Liverpool IWW met on William Brown Street. In 1921, scouse wobblies led by the writer George Garrett occupied the front of the Walker Art Gallery, and were met with a full scale police riot.

For all us IWW members love the old stories, this was evening very much focused on the IWW of today, and how a new generation of relatively young, casualised workers are leading the way with some inspirational campaigns and struggles. We watched videos of workers from Starbucks, Jimmy Johns and London language schools fighting for improvements to their working lives.

The modern day Liverpool IWW are planning some big things over the next few months, and are thrilled to have settled into our new home of Liverpool Central Library. Watch this space, as well as our Facebook and Twitter. And yes, JOIN US! https://iww.org.uk/join