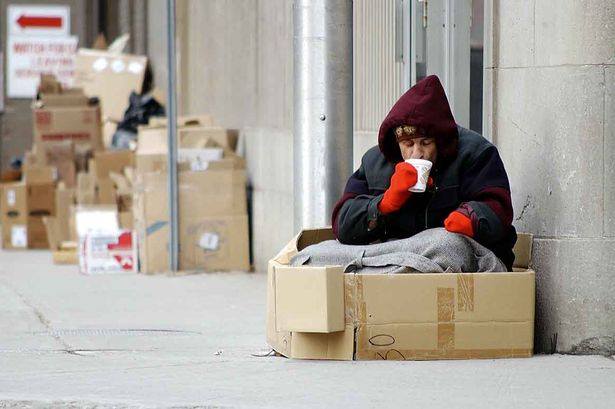 Liverpool Industrial Workers of the World unreservedly welcomes the sensational decision of Liverpool City Council to scrap their consultation on plans to fine the homeless a whole eight days ahead of its planned conclusion. We are delighted that homeless people now no longer face this added threat of being penalised for the social crime of homelessness.

Like Oxford, Hackney and Wycombe authority before them, Mayor Joe Anderson’s council has floated the idea, hoping it will go through, only to be overwhelmed by the public backlash against it. In doing so, the council has shown the potential of mass working class action to make changes in the world. Anderson and Liverpool Labour have given way on this one issue, because it risked jeopardising the rest of their austerity agenda.

Only yesterday morning, Liverpool IWW started a Facebook event page proposing a demonstration against the homeless fines. Within hours, scores had pledged they would attend, hundreds of people had been invited, and many were leaving comments on the page. Some raised their own demands, such as Joe Anderson paying back the £89,000 of public money he received from the council for legal advice on a private matter (he’d been sacked by a school he did no work for).

The homeless fines threatened to be a ‘straw that broke the camel’s back’. When asked by the media for a reaction in response to Liverpool IWW’s press release, the council retreated a step. The council’s deployment of pro-cuts Councillor Rachael O’Byrne to the Facebook event page confirms this.

Liverpool Labour’s explanation for the whole affair beggars belief. According to Liverpool Confidential , “Anderson intervened to have the scheme scrapped after hearing about the proposals yesterday [Wednesday]”. Councillor Steve Munby went on, “The proposal was not a decision by the council cabinet, but was drawn up by officers following complaints from residents and the BID [Business Improvement District].”

If we are charitable to Anderson, it still looks devastatingly bad. He is the mayor of the city, he is paid a large salary, and he dines with the greedy business owners who were pushing this scheme on a very regular basis. If the official story is to be believed, he was somehow unaware of the council consultation nearly a month after it began on 9th October. He is therefore totally out of touch with the affairs of his own council, and totally incompetent.

The far more likely explanation, of course, is that Anderson, O’Byrne, Munby and colleagues are simply lying through their teeth.

Liverpool IWW will continue to fight for the interests of all working class people in the local area, so we can guarantee that this is not the last that Mayor Anderson and all his bloodsoaked poverty pimps will hear of us.