We are a network of couriers, primarily working for Deliveroo and UberEATS, who have joined the IWW (Industrial Workers of the World) to fight for a better deal!

The network aims to push to change the conditions of labour relations in the industry to get a better deal for its members and ultimately to enable a better service for the public.

The nature of the industry means the majority of the networks members are self-employed, but using the time honoured tactics of collective organisation and direct action they are seeking to change things!

What are we fighting for?

We want to fight to improve the standards across our industry – both for us and for consumers – and feel that it is wrong that when companies are making millions of pounds in profit each year that this is done at the expense of either the workers or by having poorly functioning processes which mean we can’t get your deliveries to you at the right time or in the right condition.

Taking inspiration from the long history of the labour movement we have decided to stand together and collectively fight for what we believe in and to make sure that extracting profits doesn’t come at the cost of poor service for consumers or crap conditions for workers.

How are we organised?

The IWW Couriers Network is a free association of couriers from across Wales, Ireland, Scotland and England working together for causes we find important, believing a collective voice and collective action can bring real change.

We are independent to a fault (not surprising given that most of us got into the industry because of the independence and flexibility that it offers) and believe that only by mutual consent that anyone would join and get involved.

Keep up to date via our Twitter and Facebook for news on our campaigns, but if you want to get in touch directly then feel free to drop us a line on couriers.network [at] iww [dot] org [dot] uk

Our local groups in Wales and Scotland also have their own websites with details of their local campaigns:

Brazilian Deliveroo couriers in Dublin have been leading a campaign against xenophobic attacks and thefts, with a next action coming up this Saturday at 2PM O’Connell Street. All of us who have worked as couriers know the physical dangers we… 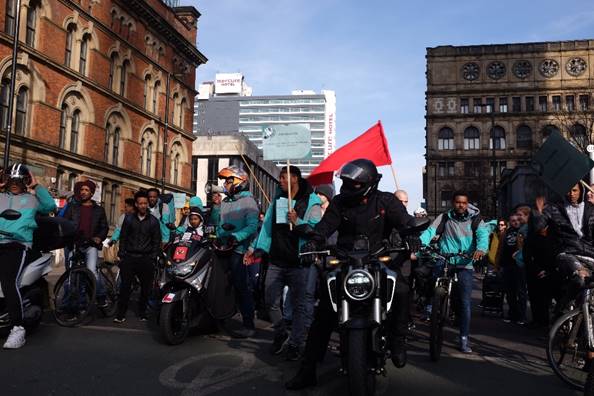 On Tuesday 26th February between 11am and 7pm, Deliveroo couriers in Manchester will be striking in protest of the company’s recent cuts to pay and the poor working conditions they endure. Riders around the UK have seen their pay cut… 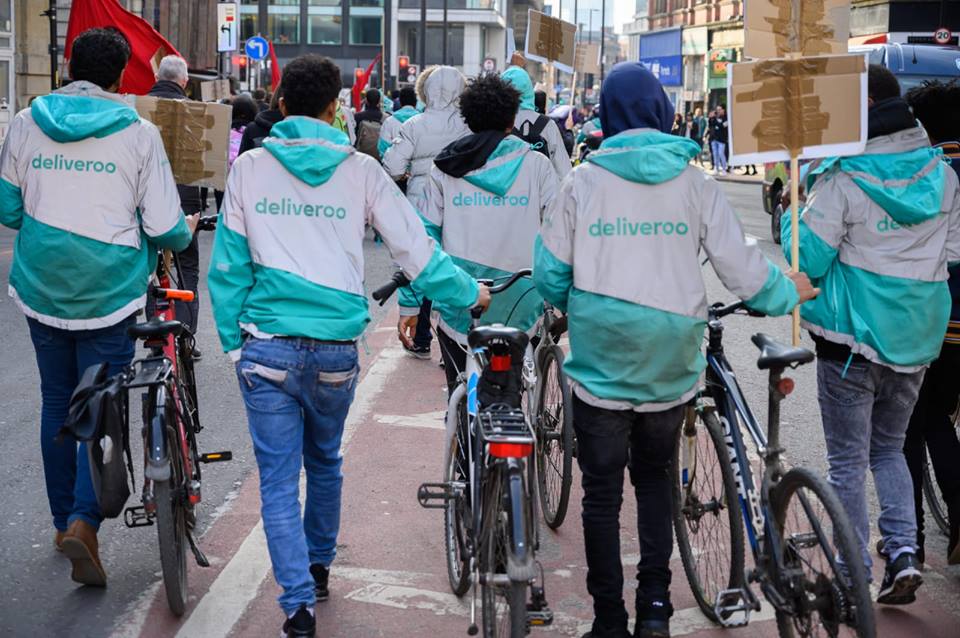 In recent months, Deliveroo workers have been on strike in Birmingham, Bristol, Cheltenham, London and Nottingham over poor pay and worsening conditions. A number of these strikes have been self organised by the riders, and others have been supported by…