Fellow Wobblies and supporters, Bristol Communications Officer here to report on the wet but very successful solidarity demo held this morning in Bristol outside Cafe Amore!

We organised the demo in solidarity with Fellow Worker Bonny, who worked at Cafe Amore for a while and was not paid the full wages she was owed after quitting. Bristol IWW union representative assisted her in writing a demand letter to the cafe’s boss, which Bonny then delivered by hand a week ago accompanied by fellow Wobblies. During the week, the boss paid her some of the money she was owed but not all of it, and didn’t provide a clear explanation as to why he couldn’t pay the whole amount, and when he would do so.

So, on we went this Saturday to hold a solidarity demo demanding the cafe’s boss to pay Bonny her wages, as well as to highlight the bad practices that Cafe Amore use on their staff – unpaid trials, underpaying migrant staff, and forced unpaid overtime. Despite the relentless rain, we had a very successful demonstration attended by around 30 people, with many members and supporters of the IWW, and members of Bristol SolNet. 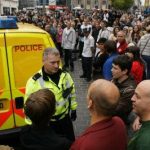 Before the start of the demo, Bonny went in the cafe accompanied by her union rep and other members of the IWW to renew her demand and hand out flyers to customers. The boss was very aggressive towards them, making excuses as to why he hadn’t been able to pay Bonny’s full wages, and being very vague as to when he would pay her the remaining amount. He then went on to tell another IWW member who was trying to talk to customers to “get out of here or I’ll beat you up” in front of all the customers.

We stood outside the cafe for an hour, handing out flyers and singing songs in support of Bonny, and having lots of fun Wobbly-style! Lots of passers-by stopped to ask us what was going on and expressed interest and support for Bonny and what we were doing. But, Cafe Amore’s boss still hasn’t paid Bonny all the money she’s owed! Bristol IWW will carry on holding weekly solidarity demos outside Cafe Amore until Bonny’s paid up all the money she’s owed.

< We received confirmation on the following Wednesday that Bonny has been paid in full! Direct Action gets the goods! >

Do you also work in the bar & hospitality sector – bars, pubs, restaurants, coffee shops, hotels, catering, etc? Does any of this sound familiar to you? The IWW has just launched a campaign to support and organise workers in these businesses. You can read our statement here: statement. We have also written an article on local paper “The Bristol Cable” highlighting the issues of bar & hospitality workers in Bristol. You can read it here: article.

If Bonny’s situation sounds familiar to you, and you need help and support to stand up to bully bosses who don’t pay wages and treat their workers like doormats, email us at bristol [at] iww [dot] org [dot] uk

We are a grassroots union that uses direct action methods to support workers to fight back for their rights. This is what we can offer you: training to know Employment Law and (where possible) use it to get what you want; training to represent your Fellow Workers in grievance and disciplinary meetings; training to organise your co-workers so you can speak as one voice, and get more influence over what goes on at work; and, finally, TRAINING TO WIN – better terms and conditions, better pay, and less bullying from your boss! 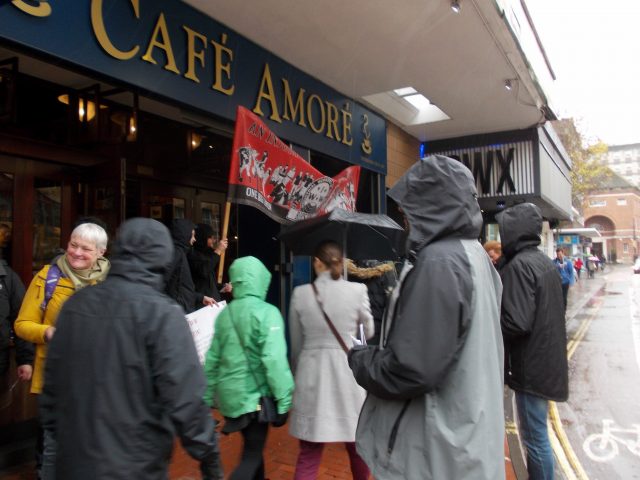 The IWW does not tolerate wage theft!