UPDATE: Our member has received their outstanding paperwork from Your Lifestyle! Thanks to all for your help and support! Keep posted through the blog and our Twitter or Facebook for updates on this campaign. If you have worked or still work for Your Lifestyle and have similar issues you can contact us confidentially at bristol at iww.org.uk

What follows is an account of the astonishing events that unfolded when a member of Bristol IWW branch, accompanied by two fellow members, went to the head office of a “care” (lols!) company to demand …no, not the moon on a stick, just a P45 and payslips. Hold tight, it’s gonna be a bumpy ride! You can read a translation in Spanish of this article here: http://www.bristoliww.org.uk/viaje-a-los-anos-70-nuestro-encuentro-con-el-jefe-machirulo/ 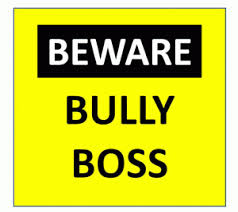 The company in question is Your Lifestyle LLP, which employs support workers (or as they call them “social care workers”) to work in care homes across Bristol and Gloucestershire. Bristol IWW has been supporting our Fellow Worker (FW) to get her paperwork, the response being a string of aggressive, dismissive emails from the head of the company, “King” Leopoldo Bifulco. At one point in the discussions he declared to the FW that he was “bored” with her demands for her paperwork after she left. According to ACAS guidelines a P45 has to be provided within 2 months at the most of an employee leaving their job, but Mr Bifulco was obviously used to not being questioned, and so took offence at the FW standing up for herself.

Thursday 9th June, early afternoon. Three Fellow Workers, including the ex-employee, go to Your Lifestyle LLP head office in Gloucester to deliver a letter. The letter is from the Bristol Branch Secretary, warning that the IWW will commence peaceful (but noisy!) public demonstrations unless the P45 issue is sorted out. 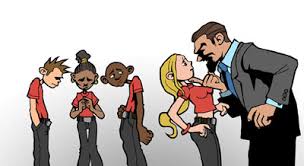 Bully Bifulco completely blanks the wimmin talking to him, and instead goes into what can only be described as Cockerel Fight Mode with the male FW who is accompanying the two wimmin FW’s delivering the letter. He starts shouting in his face that the building is his private property and he needs to leave or he will call the police. Both wimmin FW’s repeatedly try to interrupt this eruption of macho aggression and try to calm the situation, explain who they are and why they’re there. Bifulco repeatedly “facepalms” the wimmin, shouting that he’s not talking to them, and carries on squaring up to the male FW. At one point, the wimmin ask him if he’s ignoring them because they’re wimmin, which he does seem to take on board but doesn’t respond to. As King Leopoldo’s aggressive behaviour escalates, the ex-employee tells the male FW to leave so the situation can be de-escalated. As he does so Mr Bifulco, red mist flowing freely, tries to push him down the stairs and follows him out. Throughout this, the FW being attacked shows remarkable self-control and poise – a credit to his union. The police arrive and despite acknowledging the boss “seems a nasty man”, they caution the FW to “calm down” or they may face arrest for making a fuss!

We sometimes get comments from people saying we shouldn’t use the word “boss” anymore because it’s outdated and the relationship between employees and employers is not a hierarchical one anymore. Well folks, all we can say Leo Bifulco is the archetype of the Bully Boss from Hell, and he’s no fictional character – unfortunately for his long-suffering employees, he’s real.

Bristol IWW now wishes to publicise the problems at Your Lifestyle LLP, so that any potential employees (in the South West, Spain or anywhere else) have the chance to know what kind of organisation they will be joining. We will also be contacting clients of Your Lifestyle to make sure they are happy to give contracts to an organisation run so poorly (don’t believe us? Check out Mr Bifulco’s arrogant response to being caught NOT PAYING MINIMUM WAGE last year:

Have you or someone you know had problems as an employee or service user of Your Lifestyle? Please get in touch with Bristol IWW at bristol [at] iww [dot] org [dot] uk: we may be able to help you get justice and stand up to this bully boss!

Like all Bully Bosses, strutting around their sandcastle empires, Mr Bifulco needs to realise that it doesn’t matter how tough you think you are (or who your friends are…): the One Big Union always wins in the end!