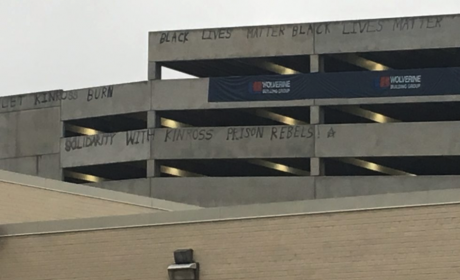 “Almost three months ago, prisoners at Kinross Correctional Facility participated in a nationally-coordinated prison strike that took place on September 9th. The work stoppage quickly escalated into a mass protest in the prison yard demonstrating the unity of the prisoners and, when faced with violent reprisal by the guards, escalated again into an all-out riot.

Following the events of September 9th and 10th, approximately 250 prisoners were transferred from Kinross to other facilities in the Michigan prison system, most being placed into Administrative Segregation (the hole), being charged with “Inciting a Riot or Strike” and “Rioting or Striking Misconduct,” and having their security statuses raised.

In order to respond to this, supporters across the country have been gathering as many names as possible of prisoners facing retaliation, sending them letters and reading material, and raising money to support them during their time in the hole. Folks in Durham, NC have done a series of very successful fundraisers to send money to a bunch of prisoners facing repression. Others are focusing on the legal angle and gathering information related to violations of due process rights.”