On Thursday evening the London IWW was proud to offer our support to the ongoing Picturehouse Cinemas living wage dispute.

Workers at Picturehouse have been fighting, campaigning, and striking for over a year to secure the London Living Wage. In response, management have tried all the usual tricks: distorting the meaning of “living wage”, creating a company union and, finally, firing four of the union reps helping to organise the dispute.

Thursday’s picket, backed by the IWW, was part of a two-week campaign of strikes, protests, and pickets happening during the London Film Festival. Workers at various Picturehouse Cinemas across London have joined the dispute, leading to nine days of co-ordinated strike action at a number of cinemas screening films for this prestigious event.

Turnout for the picket was good, with dozens attending, many with banners, flags, megaphones, and leaflets to share with the public. A number of customers were turned away, while others who’d already bought tickets went in, secured a refund, and came out to a big cheer from the striking workers and their supporters.

As was to be expected, the police showed up to move picketers along and generally dampen the efficacy of the picketing effort. Unfortunately, as might also be expected, officials from the BECTU union showed up and did the exact same thing. Whether the striking workers supported their own officials acting as picket police, we can’t say.

In any case, the struggle of London’s cinema workers is truly inspiring. They’re leading the way in showing that even in the low-paid, precarious jobs that are increasingly the only option for young people in the capital and across Britain, we can still fight back. And we can win.

The London IWW will continue to offer whatever support we can to London’s cinema workers and their uncompromising commitment to securing a living wage.

To top off the London Film Festival, there will be a final rally/protest in Leicester Square on Sunday the 15th October at 5:00pm, which members of the London IWW will be attending.

If you are a cinema worker in London,whether employed by Picturehouse or not, we suggest the Ritzy workers’ Facebook page as a first point of call: https://www.facebook.com/RitzyLivingWage/

If you are a member of the public looking to help out, see here: https://picturehousefour.org/ 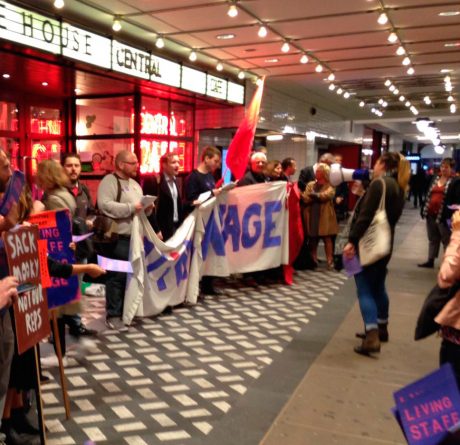 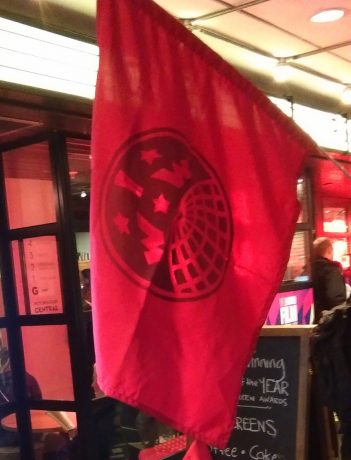 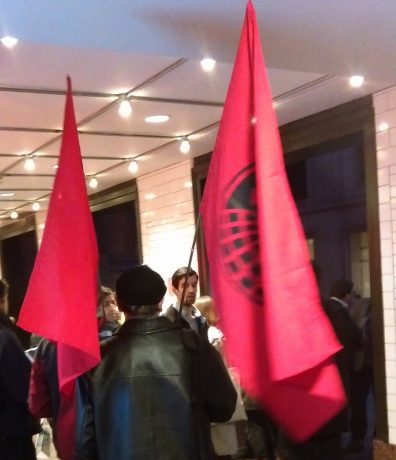