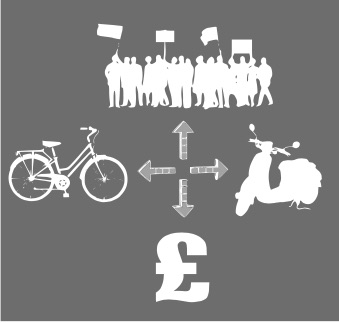 Workers vs. Bosses, not Mopeds vs. Cyclists

Recently when workers have started talking about pay and conditions, some cyclists suggested that the Moped riders have an ‘advantage’ over the cyclists in the app.

This is a conspiracy theory! Obviously because mopeds have a higher average speed they do more deliveries per hour, but there is no built-in advantage.

This is an article from Rebel Roo Bulletin #2 (December 2016) produced by Deliveroo workers and supported by the Plan C Social Strike Working Group.