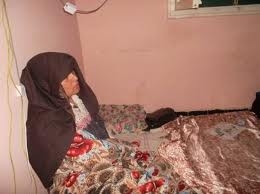 This is a letter of protest to the president of Algeria to intervene in a hunger strike brought about by human and Union rights abuses.

Dear President Bouteflika,
The Industrial Workers of the World (IWW) are angered to learn of the human and Trade Union rights violations that have resulted in Workers in Algiers, Algeria going on a hunger strike.
We insist you start negotiations at once to resolve what could become a human tragedy.
The hunger strike began on 6th May following a government crackdown on a national protest on 24th April which was violently broken up, with reported cases of severe police brutality against Women held in detention.
We stand in Solidarity with Public Services International (PSI) and condemn the actions of the capitalist business class, government and police of Algeria in their repeated infringements on peoples rights to organise
Andy Smith, International Solidarity Liaison Officer